New Yorkers entering their third year of COVID have bleak views of the near-term economy and a strong conviction that vaccines should be required for those seeking to participate in their city’s indoor activities (69%), to work in its service industries (66%) or schools (69%), and even to travel on airplanes (68%).

A new survey conducted in the last two weeks by the CUNY Graduate School of Public Health and Health Policy (CUNY SPH) of 2,500 New Yorkers confirms a largely vaccinated population that foresees an economic drag due to COVID and continued resistance among unvaccinated adults.

When do New Yorkers expect the economy to fully recover from COVID? 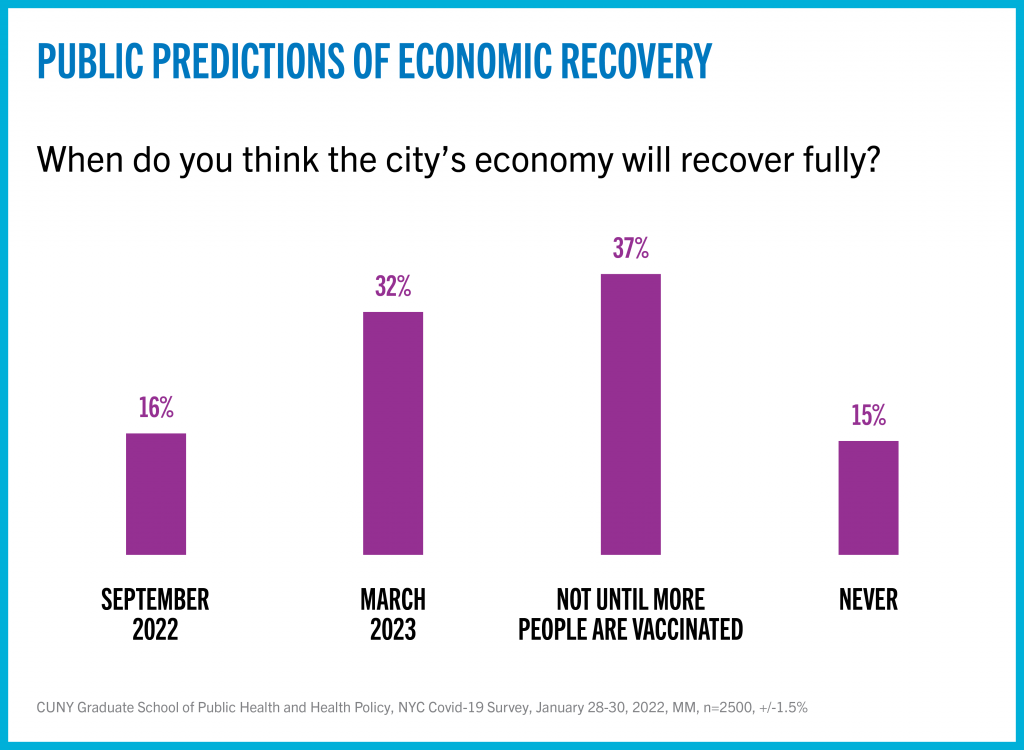 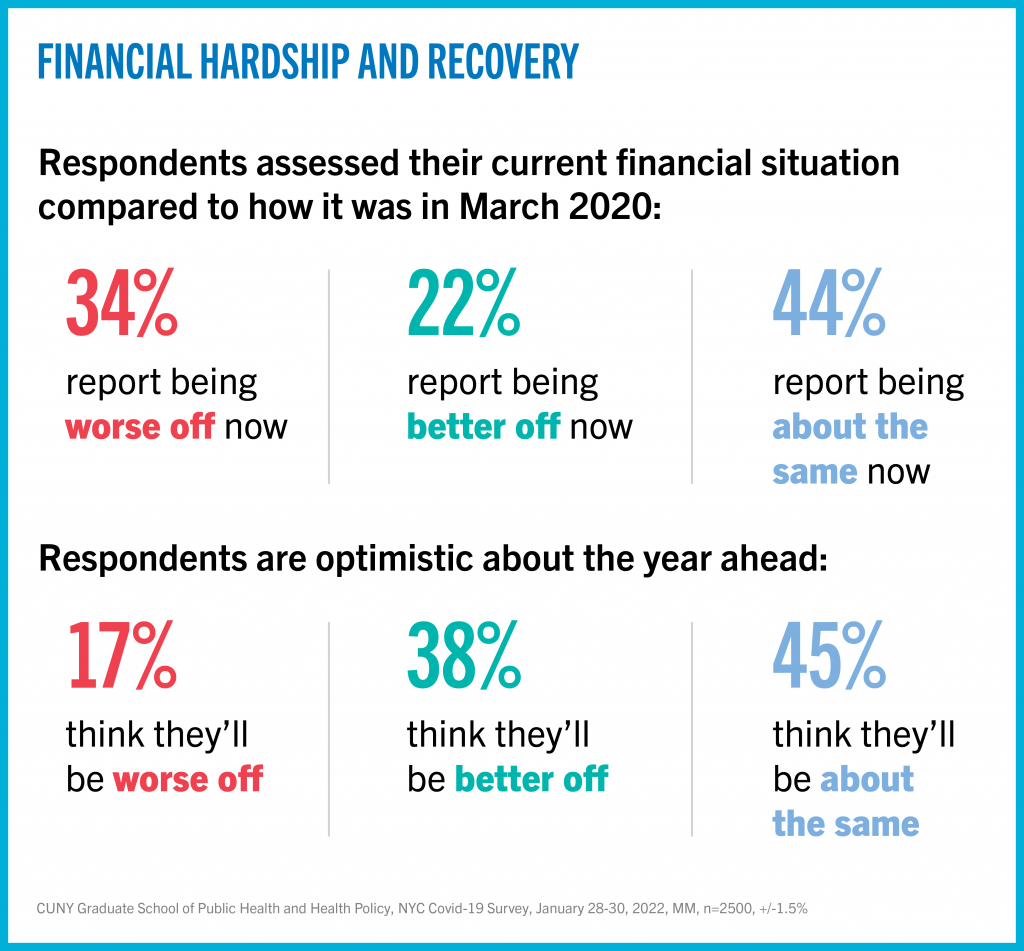 What are the financial and mental health impacts? 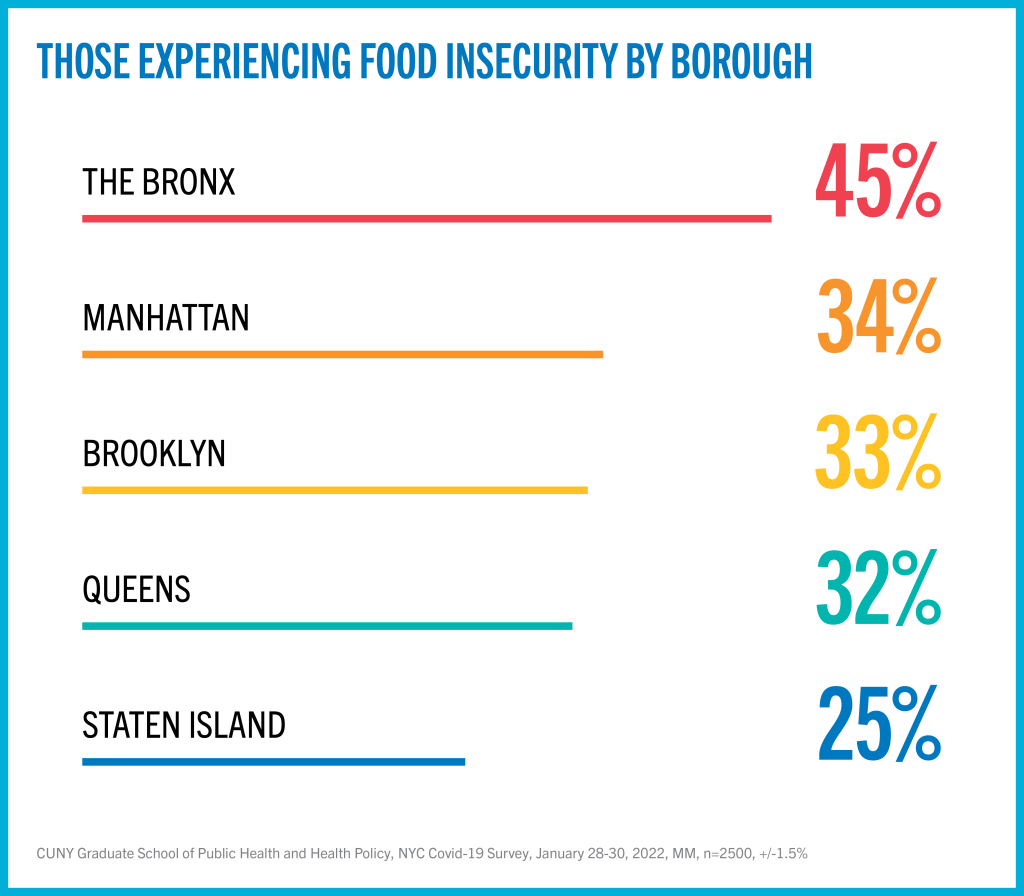 Respondents’ trust in the government’s response to the pandemic

Who trusts the government the least? 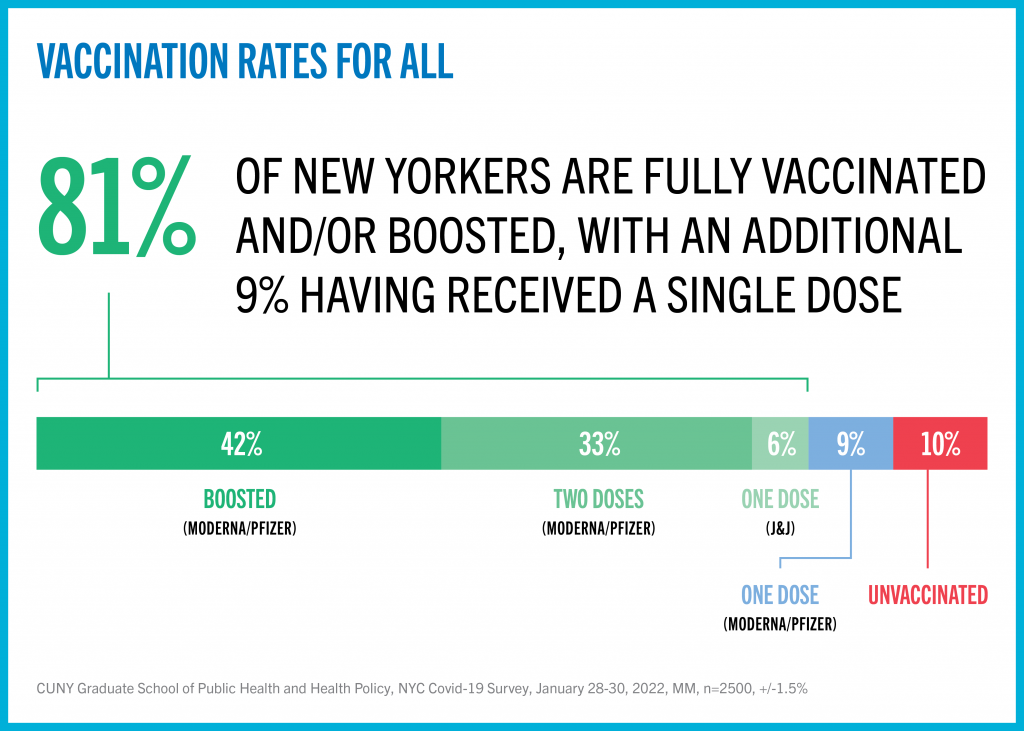 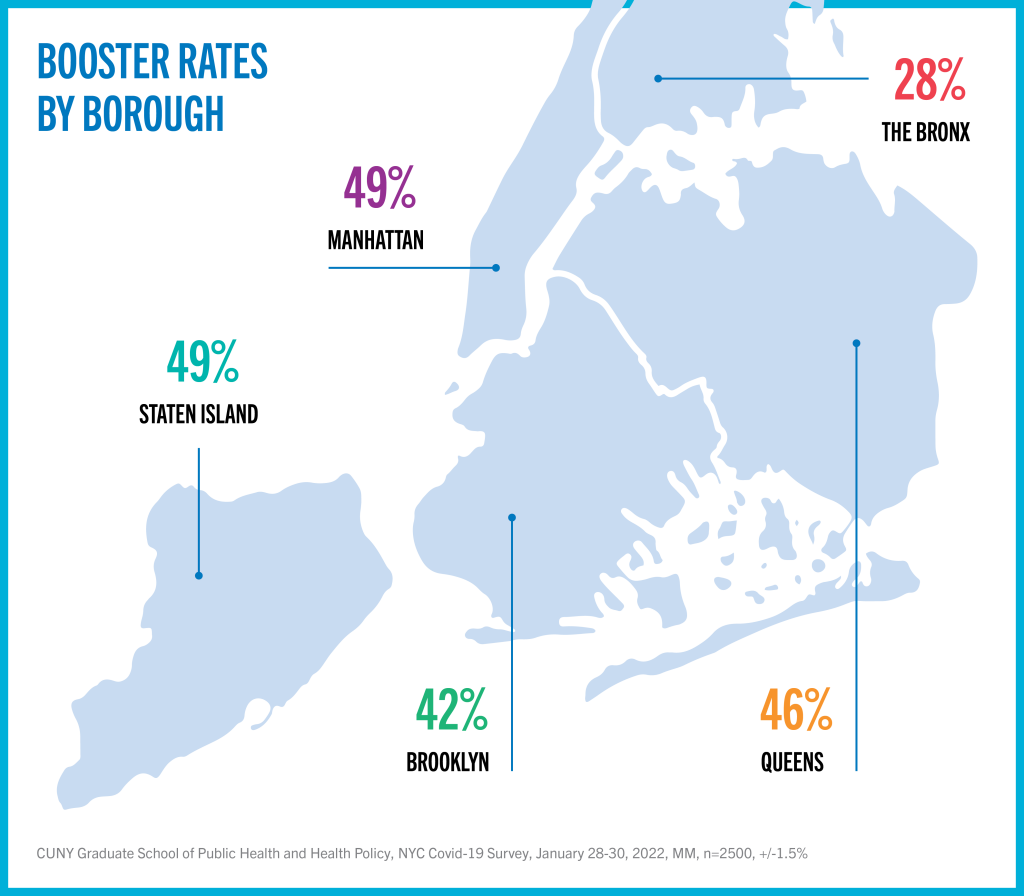 How is news of a COVID medication affecting vaccination or booster rates?

What are parents deciding? 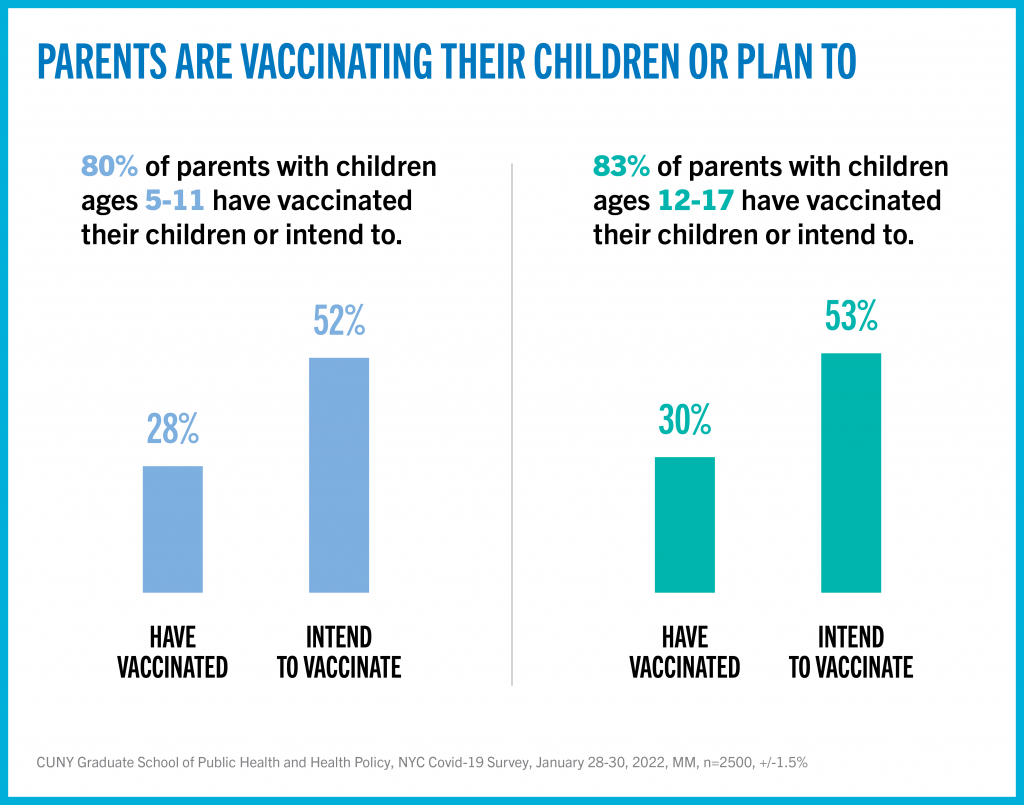 How do New Yorkers feel about vaccine requirements?

We asked participants their views of whether unvaccinated adults should face restrictions. 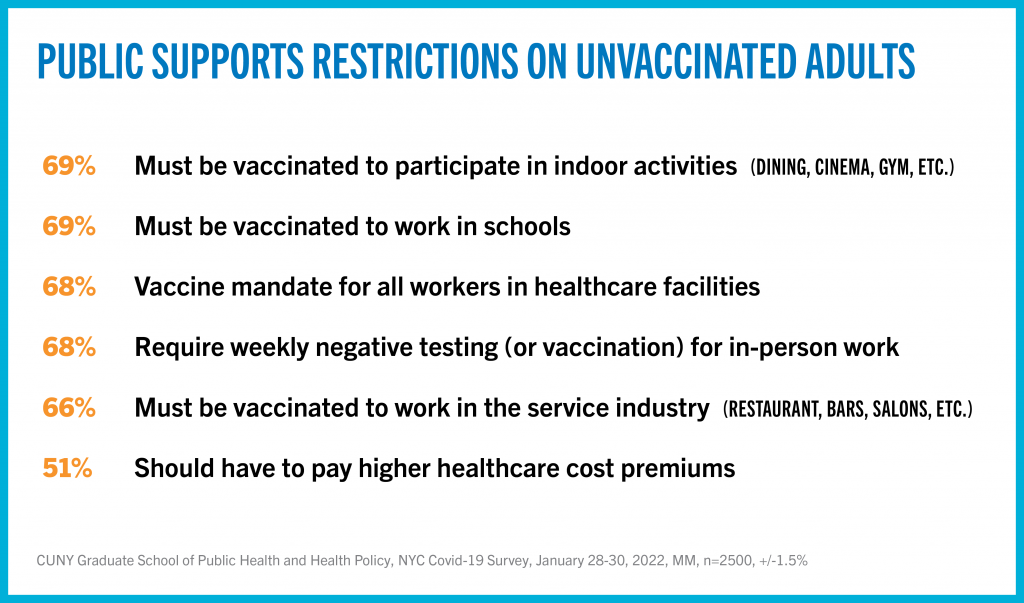 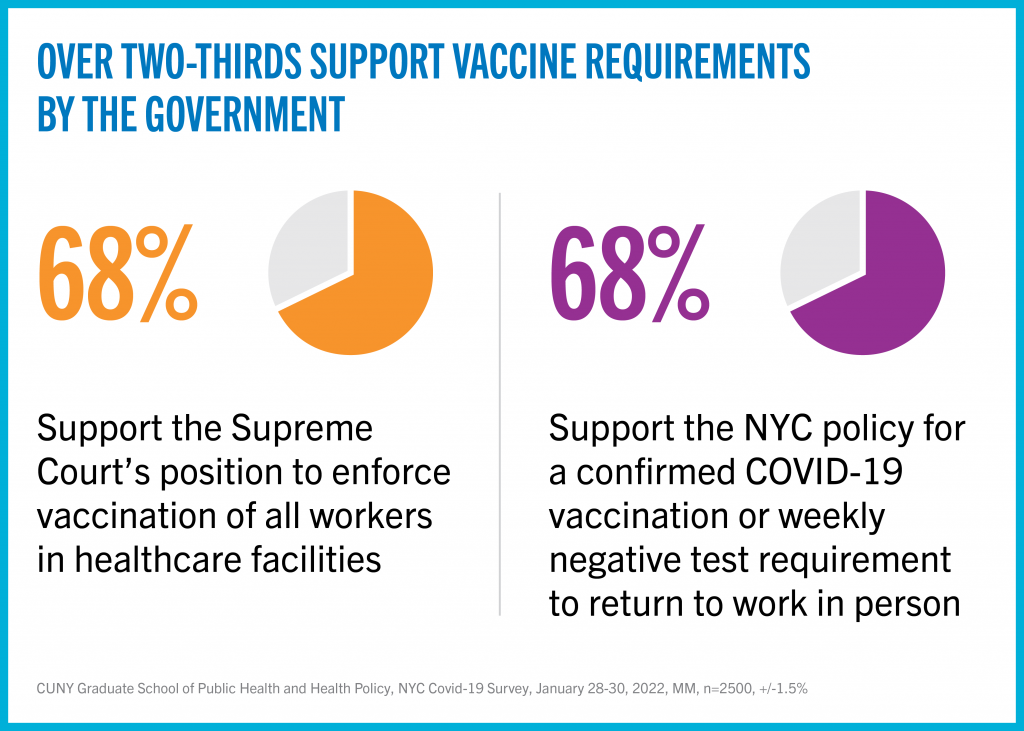 In the service industry question, there was slight variation by education and income level:

Do New Yorkers feel at risk? 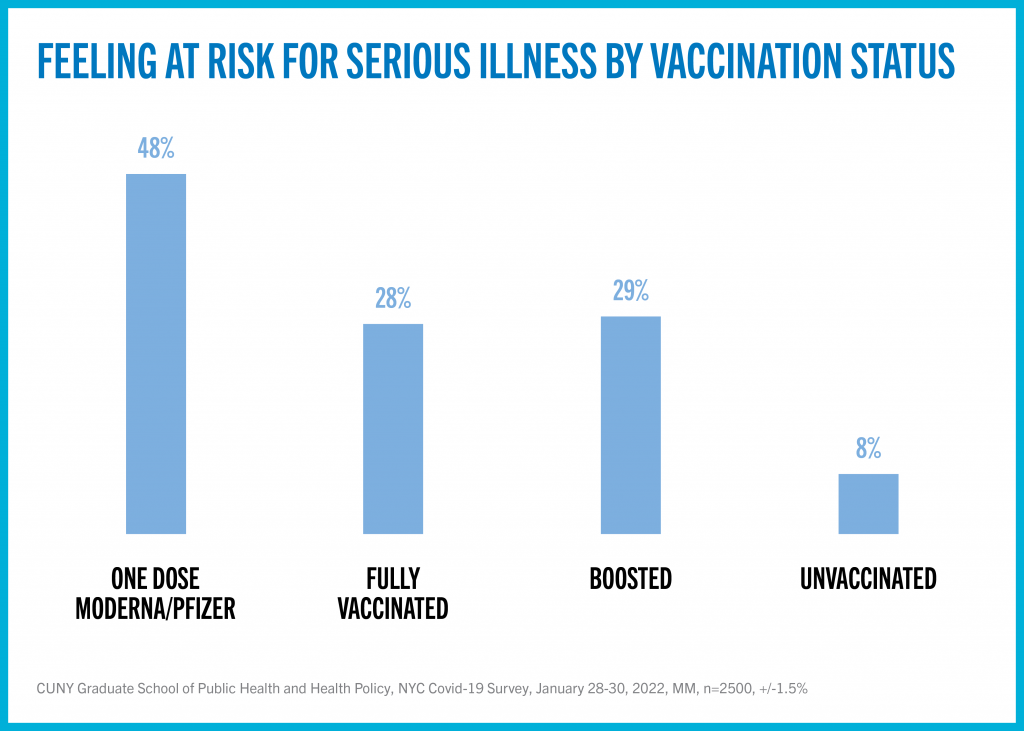 COVID-19 Testing Use and Distribution

Testing during the omicron outbreak

Do New Yorkers support vaccine and testing policies to protect workers going back to work?

How often respondents wear a mask in public

The CUNY Graduate School of Public Health & Health Policy (CUNY SPH) survey was conducted by Consensus Strategies from January 28-30, 2022. The sample for the NYC results was n=2,500, with a Credibility Interval (CI) similar to a poll’s margin of error (MOE) of +/- 1.5 percentage points. The data sets were weighted by gender, age, ethnicity, education and borough based on the 2020 1-year American Community Survey model. It is important to remember that subsets based on gender, age, ethnicity and region carry with them higher margins of error, as the sample size is reduced. Data was collected using an Interactive Voice Response (IVR) system of landlines (n=1118), SMS-to-online (n=589) and an online panel provided by Consensus Strategies (n=793). 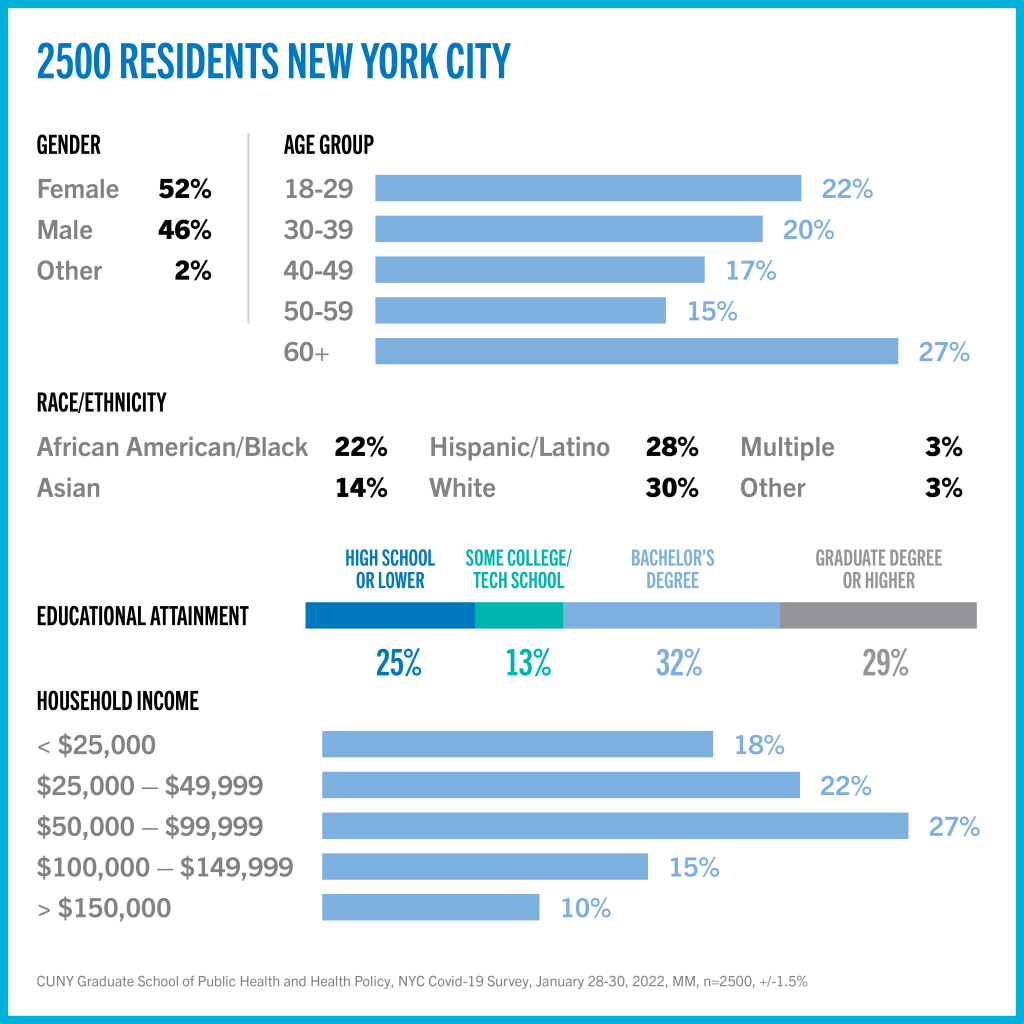