Differences in vaccine acceptance persist across racial and ethnic groups. Among Whites and Asians acceptance is 70-72%; among Blacks and Latina/os it is 57-58%. On a positive note, the largest increase in rate of acceptance was seen among Black respondents, up from 33% in September to 57% in January. 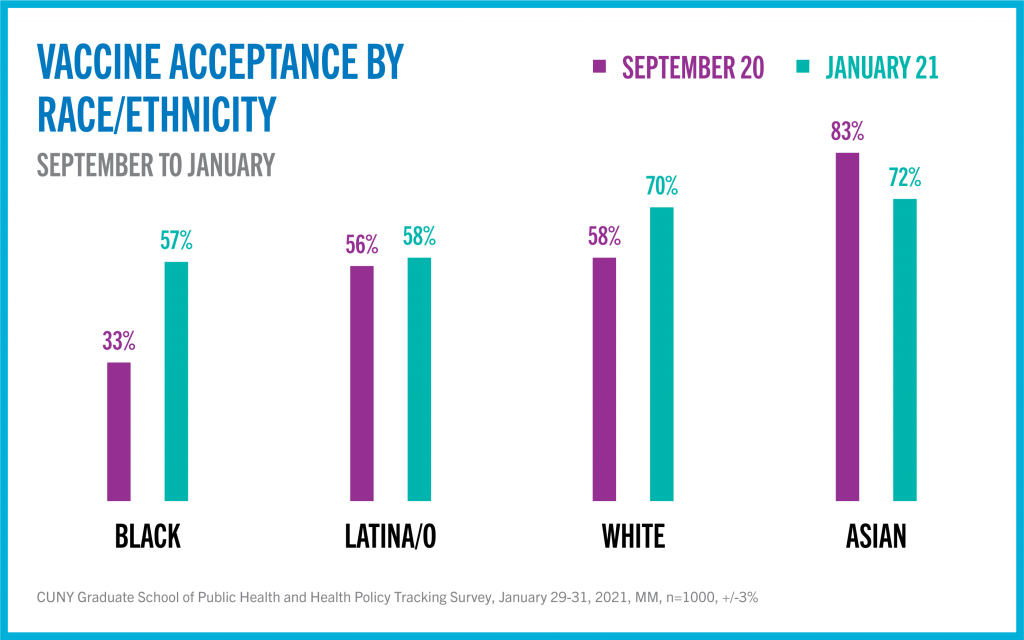 These are key findings from the most recent tracking survey of public perceptions and experiences in New York City during the Covid-19 pandemic, conducted January 29-31 by the City University of New York Graduate School of Public Health and Health Policy (CUNY SPH).

“Obtaining a steady supply of Covid-19 vaccines and distributing them equitably and efficiently, as well as reaching and convincing New Yorkers to take the vaccine are the pivotal challenges that lie ahead of us,” said Dr. Ayman El-Mohandes, Dean of CUNY SPH. “The current strategy does not meet the needs of those with the greatest vulnerability.”

Of concern, more than half (54%) of New York City respondents believe the state is not doing a good job of managing the vaccine rollout. Highest levels of disapproval were reported by Staten Island (59%) the Bronx (50%) and Manhattan (50%).

Almost half of New York City residents think that recovery will not happen until most New Yorkers are vaccinated. In contrast, only 53% of residents in the Bronx are willing to take the vaccine. This finding is of great concern, since the Bronx continues to bear the highest burden of infection and mortality associated with the pandemic. 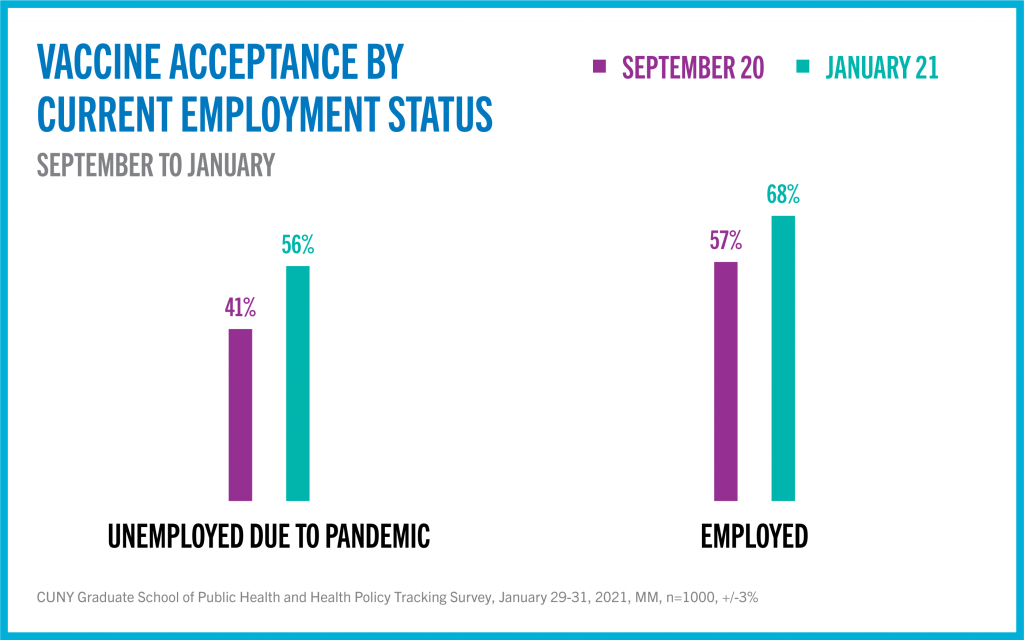 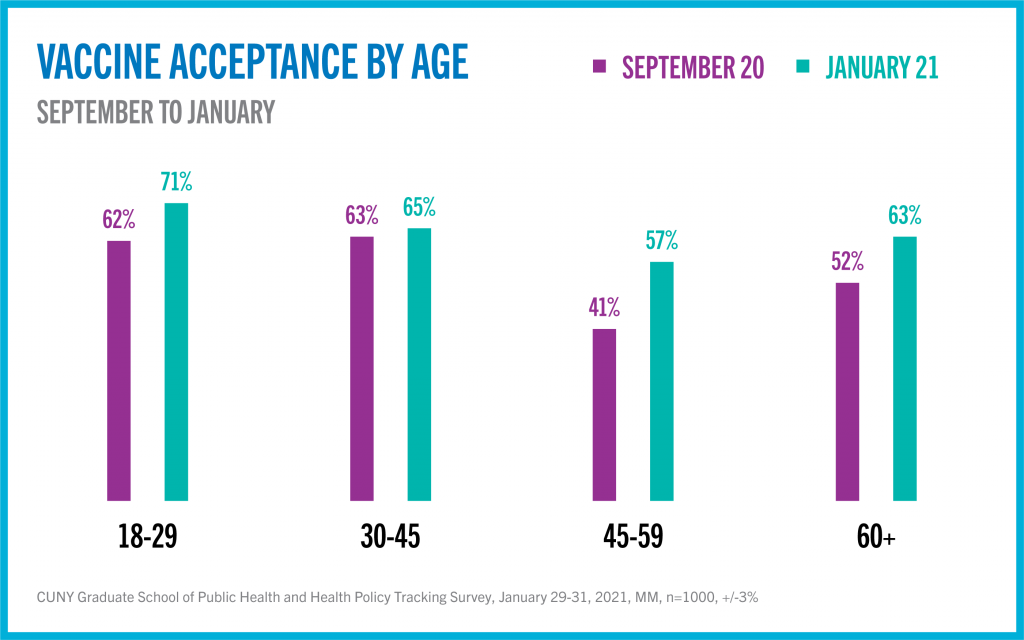 These data suggest that a concerted effort will be needed to reach, inform, and motivate unemployed New York City residents to participate in the vaccination rollout.

The CUNY Graduate School of Public Health and Health Policy (CUNY SPH) survey was the third study of a repeated cross sectional sample using n=1,000 New York City residents from January 29-31, 2021, the previous two surveys were conducted at the end of September and November 2020.

The representative area-based probability sample for New York City was n=1,000, with a margin of error (MOE) of +/- 3 percentage points. The data set was weighted by gender, age, ethnicity, education, and borough based on the 2019 1-year American Community Survey model. Additional considerations beyond the ACS model influenced weights for race/ethnicity as the Census Bureau collects two sets of race/ethnicity data by grouping Hispanics and races together (e.g., Hispanic Whites) as well as separating non-Hispanic and Hispanic groups. To create one data set that more appropriately represents the racial diversity in the city, we grouped Hispanic and Latina/os respondents together. It is important to remember that subsets based on gender, age, ethnicity, and region carry with them higher margins of error, as the sample size is reduced.