Home / Events / Modeling and Poststratification for Descriptive and Causal Inference

Back
to
Events
Link copied

Modeling and Poststratification for Descriptive and Causal Inference 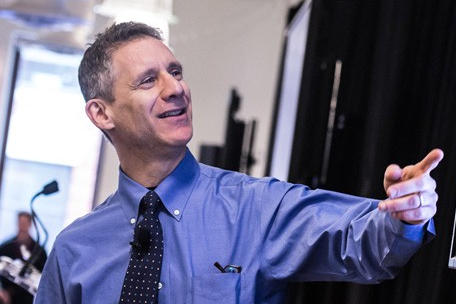 One of the fundamental challenges of statistics is generalizing from available data to a population of interest. This is usually thought of as a problem for survey sampling but it also arises in experiments and observational studies. Dr. Andrew Gelman, a professor of statistics and political science at Columbia University, will discuss general principles in the context of several applications, including A/B testing in wikipedia, network sampling for hard-to-reach populations, speculative medical treatments, and experiments in psychology.

Dr. Gelman has done research on a wide range of topics, including: why it is rational to vote; why campaign polls are so variable when elections are so predictable; why redistricting is good for democracy; reversals of death sentences; police stops in New York City, the statistical challenges of estimating small effects; the probability that your vote will be decisive; seats and votes in Congress; social network structure; arsenic in Bangladesh; radon in your basement; toxicology; medical imaging; and methods in surveys, experimental design, statistical inference, computation, and graphics. With co-authors his books include Bayesian Data Analysis, Teaching Statistics: A Bag of Tricks, Data Analysis Using Regression and Multilevel/Hierarchical Models, Red State, Blue State, Rich State, Poor State: Why Americans Vote the Way They Do, A Quantitative Tour of the Social Sciences, and Regression and Other Stories.