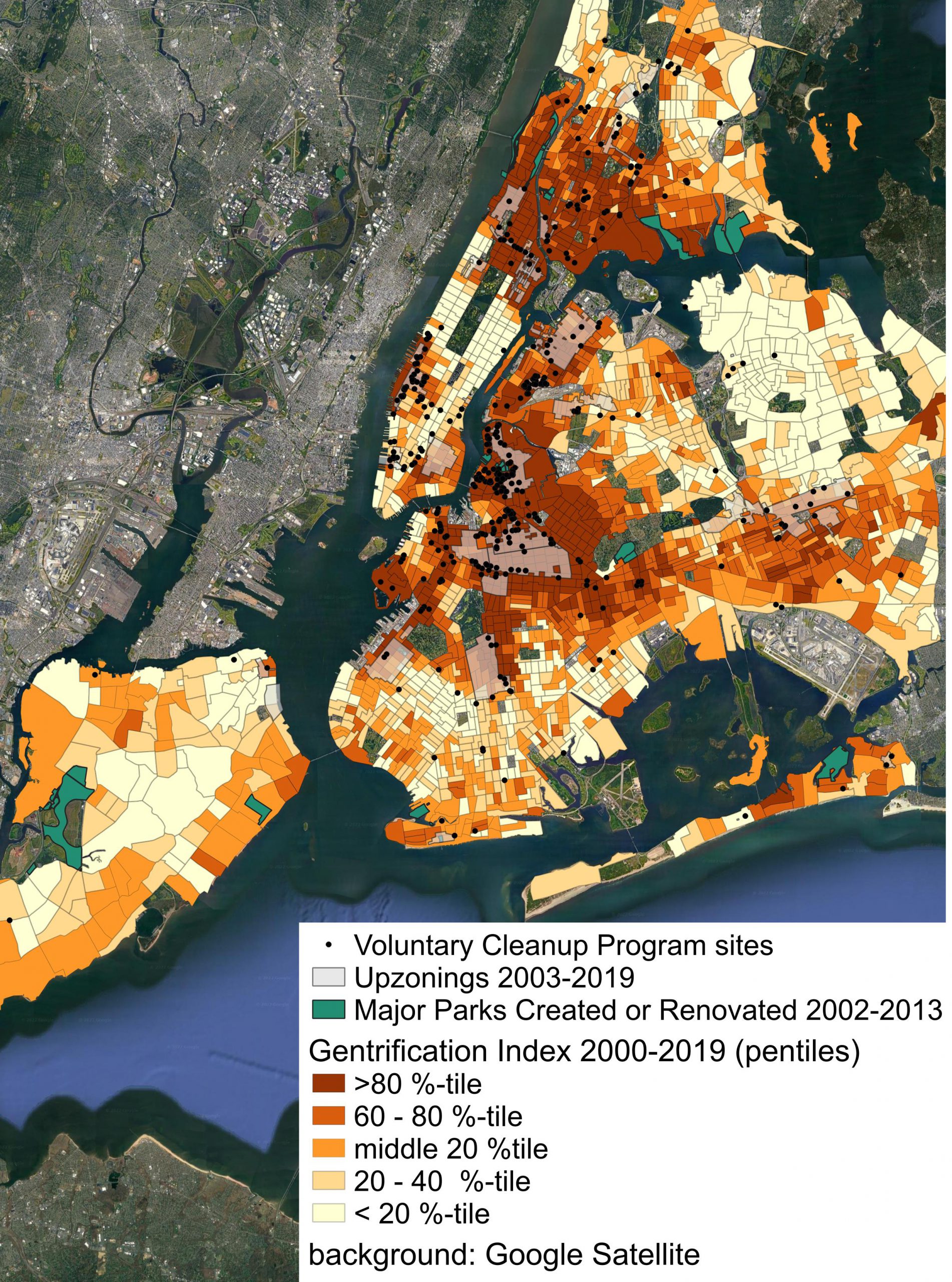 New York City is replete with brownfields—former industrial or commercial sites rendered hazardous by decades of environmental contamination. The high cost of remediation often dissuades developers from purchasing and repurposing these properties.

In an interactive article in Urban Omnibus, a publication of the Architectural League of New York, Associate Professor Glen Johnson, doctoral student Alexander Mendell and colleagues illustrate that, although New York City’s toxic legacy is broadly distributed across the five boroughs, actual cleanups are largely concentrated in neighborhoods with the highest levels of gentrification.

In 2009, the city launched its Voluntary Cleanup Program (VCP), offering tax breaks and other incentives to drive the clean-up and repurposing of these problematic properties. In the article, the researchers mapped these completed VCP sites, along with sites that are potentially contaminated, and demographic shifts over the last two decades and found that, while toxicity is widely distributed across the city, cleanup is highly concentrated where gentrification follows rezoning from industrial to residential, for example.

“The city has done a good job attempting to rebalance the uneven distribution of these sites through grants and incentives,” Dr. Johnson says. “But our map shows that more needs to be done to balance the distribution of cleanup projects across the city.”

CUNY SPH and Yale researchers awarded $1.1 million to implement new opioid intervention platform | Oct. 5, 2022
New York, NY — Over the past two decades, drug overdose deaths in the U.S. have increased manifold, with over 70% of 2019 drug deaths attributable to opioids. Connecticut in particular is among the top... 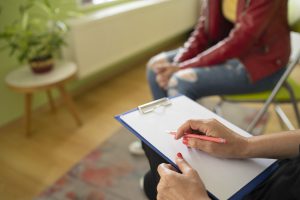 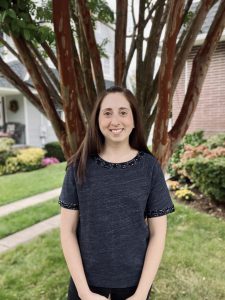 Testing countermarketing messages to reduce soda consumption in the Bronx | Oct. 4, 2022
Soda and other ultra-processed foods are important contributors to disease and health disparities in the United States. Children in the Bronx are particularly inundated with predatory food and beverage marketing, which contributes to disproportionate levels... 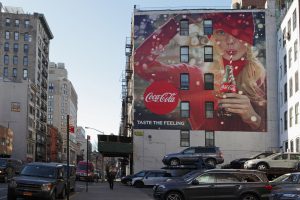