CUNY SPH board member on the front lines 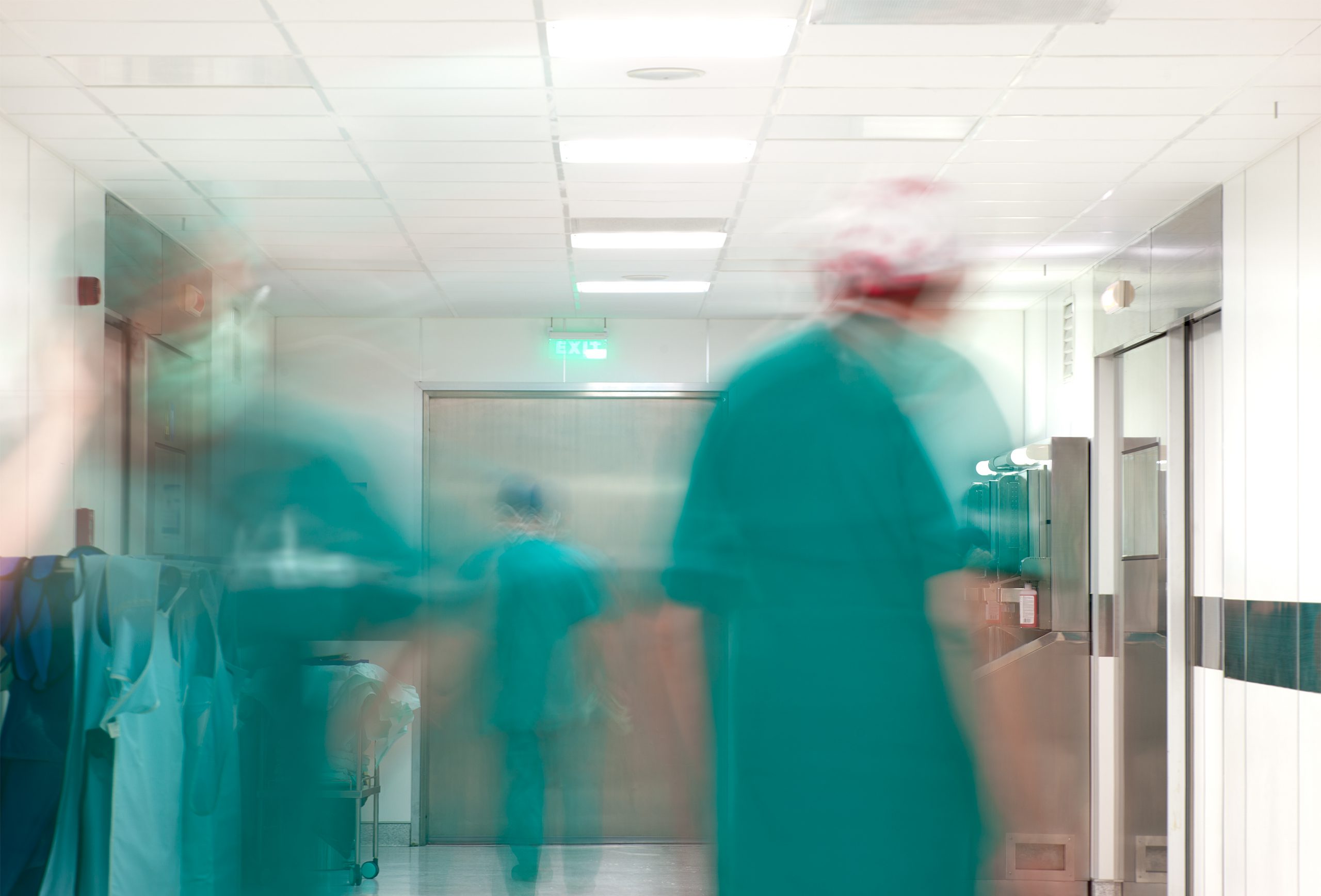 CUNY SPH Foundation Board Member Dr. Saquib Rahim is an Internal Medicine physician in New York City who served on the front lines of the coronavirus pandemic starting in early March. He recently gave us a moment out of his busy day to reflect on his experiences.

Two months of fighting the virus in the worst hit borough of the worst hit city on the planet. So much must have changed from the beginning until the end of that period.

It feels like a lifetime since I first started to treat COVID patients. I happened, just by serendipity, to be the first inpatient physician at my hospital seeing those patients. Initially things were stable, but we had a lot to learn about the right protocols and procedures. We were using surgical masks rather than N95s, tests were taking a really long time to come back, and we weren’t sure when we could safely send someone home. At that point there was only a handful of patients, and most of them were not that sick.

Within a few days though we saw the flood gates open, for every day our census was essentially doubling from the previous one. The first day I began caring for COVID patients, we were investigating six patients – all of whom were low acuity. Soon COVID patients were all we were seeing.

By the end of that first week the COVID census was in the mid-80s. In only four weeks’ time, we peaked at over 430 patients despite the ER sending lots of stable patients home. By that point, the patients who were in the hospital were generally quite ill.

How did you and your colleagues respond to this sudden onslaught?

Our work-style had to evolve very rapidly to figure out the most effective ways to take care of these patients. For example, how do we coordinate with all the different levels of staff, from nurses to nurse practitioners and physician assistants to fellow physicians to the ICU staff? These patients were particularly complicated, and their clinical course could change rapidly. All the different layers of the care continuum suddenly had to communicate and coordinate in much more rapid, iterative cycles than before.

At times, it did feel like a war zone. The hospital did a really good job of making sure we were protected and that we had the resources that we needed. But of course, we were always thinking about whether we had enough PPE, supplies, ICU beds, ventilators, etc.  And we were constantly putting out fires in one place only for something else to pop up elsewhere. We reached the point where we were just trying to react in time. Things were happening so quickly, and we were trying to keep as many people afloat as possible.

Ultimately, we hit the peak and were able to sustain for a while. Now we’re obviously on the downward slope and things are starting to return to normal.  But the stress level at its height was unlike anything I had ever felt. None of us will ever forget that time.

Can you talk about a couple of experiences that you felt were pivotal?

One memory that will stay with me, probably forever, is of an elderly patient whose daughter was a physician herself. The patient had been tenuous for a few days but suddenly his breathing got much worse. We called our ICU colleagues to evaluate and then decided we needed to intubate him. I remember calling the patient’s daughter to tell her what was happening, for the hospital had a no visitation policy.  Almost instantly she unraveled on the phone and start crying. Choking back tears, she asked me to go in the room and whisper in his ear that she loved him because those might be the last words that he ever heard. That was really jarring. It hit home for me how scary this was, how alone families felt, and how powerless everyone felt in moments like this.

Another experience that stands out was one of my last patients. She had been in the hospital for 36 days with COVID. When you think about it, that’s a crazy amount of time because she should have easily cleared the virus by that point. But she was still requiring massive amounts of oxygen and not getting any better. And then on that 36th day, her respiratory status abruptly got worse and we had to intubate her. She passed away four days later in the ICU. It was quite shocking to see someone fall apart like that after so much time and in spite of all the treatments we had offered her for almost six weeks.

I understand you practically moved into the hospital during the height of the crisis in Queens.

Starting in mid-March, there was a stretch where I worked 36 days in a row. And if you also include February before the pandemic even hit, I worked something like 60 out of 63 days total before I had a prolonged break. I didn’t fully realize until later how much I had worked. I knew in the back of my head it was a really long stretch, especially when my colleagues started teasing me that I might as well move into the hospital given how much time I spent there. But I had never actually quantified it until very recently. While you’re going through something like that, you’re just trying to make it to the next day.

I want to also be clear that it was my choice to work that much. The hospital was extremely supportive and asked me at multiple points to take time off. But it didn’t feel right because things were just getting worse. I figured, as long as I can function and there are people in need, there’s nowhere better for me to be than in the hospital trying to help in whatever way I could.

Your relationships with your fellow health workers at the hospital must have become very important during this time.

I am very fortunate to have really wonderful colleagues. We grew closer because of this – because we were all going through the situation together and most of us had to quarantine in some way when we weren’t at the hospital. As such, we were often each other’s only social outlet. We were also going through a unique experience that no one had ever gone through. Being able to lean on each other was a huge source of strength and comfort.

What are your thoughts about how some folks are pushing hard for the country to reopen?

I think that some of the protests taking place across the country represent a really terrifying reality. I understand that there’s a level of anger and fear among people who are pushing for us to reopen. They’re rightfully concerned about their livelihoods. But I think that if we are too expeditious in returning to the life that we once knew, we run the risk of doing even more harm in the long term. The issue is not just the risk of people contracting COVID themselves but also that they risk becoming a vector to transmit it to other people – some who may be particularly vulnerable from a health perspective.

And that’s the problem. The overwhelming majority of people will be okay, but there’s still a sizable minority that will get incredibly sick and possibly pass. How do we protect those people? That’s really what matters. Not just trying to keep people from getting it themselves.

There is a social justice component, isn’t there?

Absolutely! I completely understand that people are hurting financially and psychologically, but we need to be very thoughtful about how we return to “normal” to avoid putting large groups of people at grave risk and doing long term health and economic damage.

Instead of trying to reopen too quickly, we should focus on allocating resources and providing a safety net for all people in need.  In my opinion, we should help everyone get through this rather than accepting that certain segments of the population will suffer and even die in order for others to preserve their economic livelihood.

Are you concerned that the advice of public health experts isn’t being followed?

It is a big concern of mine that the public health community is being sidelined when they should really be guiding this effort. As we reopen society, we must do it in a data-driven, humble,  and deliberate manner that mitigates potential risks. I completely understand that there are many nuances given how sustained the pandemic has been, but the economic and health aspects of the pandemic are not completely separate. They’re very much intertwined and we can’t safely reopen an economy if we can’t keep people healthy and safe. We can’t expect a sustained economic rebound if we can’t protect our populace. 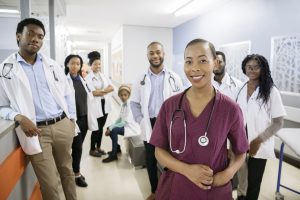 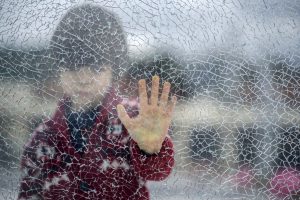 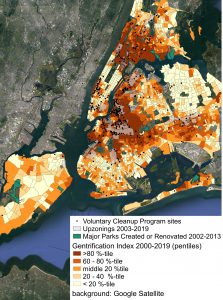