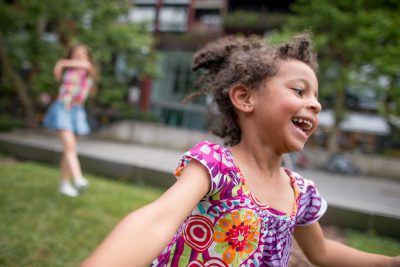 Over the past twenty years, many areas within New York City have transitioned from industrial and manufacturing zones to residential neighborhoods. This brings families with young children to areas with a legacy of historic lead contamination in the soil.

Soil is an important exposure pathway for lead and a predictor of blood lead levels among children.

The researchers identified three high- and three low-risk areas for lead contamination based on an additive index that included population growth, industrial land use, and new construction. They analyzed soil samples across 34 New York City parks and found that areas with a high-risk index had significantly larger mean concentrations of lead in soil and double the rate of children under the age of six years with blood lead levels greater than 5ug/dL (37.94 vs. 18.72 per 1000, respectively) compared to low-risk areas. There was a statistically significant positive correlation between street density, manufacturing/industrial land density and population density change within 0.40 kilometers of a park and soil lead concentrations.

These findings suggest that large population increases are occurring in areas with elevated soil lead levels. In the three high-risk areas investigated in this study, the population has increased by over 35,000 residents between 2010 to 2017 compared to just 8,500 in the low-risk areas.

“Even without knowing the cause of the lead contamination, it is concerning to have populations growing in areas which may pose a health risk,” said Maroko. “However, we do have to keep in mind that lead contamination is not something new in US cities – and certain populations, notably communities of color, have been dealing with these exposures for decades.”

Pavilonis adds that more research is needed to determine the overall contribution from this exposure pathway.

“Currently, we are measuring lead levels in soil throughout all parks in Brooklyn to determine the association between childhood blood lead levels and soil contamination,” he says.