Op-ed: Foreign med grads ready to help with COVID-19, but many face needless barriers to practice despite workforce crisis

In an op-ed for MedPage Today, CUNY SPH PhD candidate Hanish Kodali and MPH candidate Jonathan Block say it is time to ease regulations and cut red tape to allow more immigrant doctors to help in the fight against COVID-19.

Foreign Med Grads Ready to Help With COVID-19, But…

— Many face needless barriers to practice despite workforce crisis

As the COVID-19 epidemic continues, medical staff at hospitals and other health facilities are growing weary while others are falling victim to the virus itself. They are working overtime and need relief. In the U.S. right now, there is a ready, willing, and able contingent: foreign medical graduates (FMGs). Unfortunately, many are not permitted to practice under current guidelines. This should be changed. 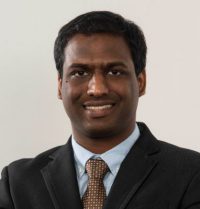 Regulatory requirements don’t make it easy for FMGs to practice in the U.S. They must pass the United States Medical Licensing Examination, receive certification from the Educational Committee for Foreign Medical Graduates, obtain and complete a position in a graduate medical education program, and meet any additional license requirements of the jurisdiction they will practice in. This process takes years, not to mention a substantial amount of money and going through the visa process — sometimes multiple times — and time is not on our side now.

The issue facing many FMGs is that they are currently in the U.S. but not here for a medical residency — which many completed elsewhere — but to focus instead on other degrees that support their roles as physicians. But they still possess the education and training necessary to perform as physicians, and just as importantly, many are willing to support medical personnel in treating patients with COVID-19. 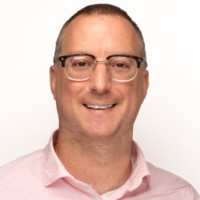 Currently, medical schools in several states — including hard-hit ones such as New York, New Jersey, Michigan, and Massachusetts — are allowing some students to graduate early so they may start medical residencies and begin treating patients with COVID-19. Many states have also asked for retired doctors to rejoin the ranks and thousands have heeded the call. If doctors fresh out of medical schools are permitted to join the fight against COVID-19, why shouldn’t additional FMGs?

Luckily, New Jersey and New York are on the right track. Earlier this month, New Jersey Gov. Phil Murphy (D) signed an executive order allowing FMGs to practice in the state provided they meet certain requirements. New York Gov. Andrew Cuomo (D) signed a similar executive order under which FMGs could practice as long as they had at least 1 year of U.S. graduate medical education under their belts.

States could also follow the example of Utah, where Gov. Gary Herbert (R) recently signed a bill that follows Canada’s licensure requirements. The legislation eliminates the need for FMGs to complete another residency in the U.S. if they have already practiced in Australia, Hong Kong, Singapore, South Africa, Switzerland, or the United Kingdom.

Previous studies have shown that FMGs have historically been more likely to practice in underserved and rural communities. As we are seeing with the current COVID-19 pandemic in the U.S., underserved communities are disproportionately feeling the brunt of hospitalizations. And rural areas, where few hospitals are equipped well for disease outbreaks, may face an onslaught of COVID-19 patients. Incidentally, a 2017 paper in The BMJ found that hospitalized Medicare patients treated by FMGs were 5% less likely to die within 30 days of admissions compared with their U.S. counterparts.

Even before COVID-19 entered our lives, the need for more physicians in our healthcare system was apparent. Last year, the Association of American Medical Colleges projected that by 2032, there will be a shortfall of as many as 121,900 physicians in the country. More immediately, more than 4,200 FMGs are scheduled to arrive in July to begin medical residencies, though visa processing delays at U.S. embassies abroad coupled with travel restrictions may hamper the arrival of many.

States and the federal government have a responsibility to ensure that patients with COVID-19 receive the best possible care, and that physicians and medical staff are not overworked, as the latter could potentially impact patient care. Many FMGs proudly serve the country already as practicing physicians. In the midst of the U.S.’s greatest medical emergency since the 1918 Spanish flu, it’s time to amend and ease regulations and cut red tape to allow more immigrant doctors to help in the fight against COVID-19.

Hanish Kodali, MBBS, MPH, is project manager at the Center for Systems and Community Design at the CUNY Graduate School of Public Health and Health Policy, where he is also a PhD candidate. Jonathan Block is an MPH candidate at the school and a freelance writer.