Quartz: Underfunded public health schools say a lot about the US response to Covid-19

With at least 70,000 deaths so far, the most in the world, and grim projections on how coronavirus might continue to ravage the country, the US is grappling with two questions: What went wrong and what can be done to limit the toll going forward.

Schools of public health hold the answers to both.

Yet at both private and public institutions, schools of public health across the US tend to be underfunded and deprioritized, reflecting not just neglect by the universities that house them, but also a health system that privileges highly-specialized medical treatment over the general health of whole communities.

If the situation were reversed, maybe someone would have heard the warnings from public health experts that the world was unprepared for a pandemic, and maybe the richest country on Earth would have had the tools to respond more effectively to Covid-19.

Laurie Garrett, an author and public health researcher who has been nicknamed Cassandra for predicting the scenario we now find ourselves in, summarizes the issue elegantly. Speaking with the New York Times, she talked about Harvard, where she studied: “The medical school is all marble, with these grand columns. […] The school of public health is this funky building, the ugliest possible architecture, with the ceilings falling in.”

She says this dichotomy—thriving medical schools, struggling public health schools—”is America.” Her words resonated far beyond Harvard. It’s the same at Yale: Public health students are relegated to a basement and a prefabricated building while the medical school has a grand building; the school receives little endowment support and has limited funding; and it can’t generate revenue through clinical procedures, like the medical school does. New York University, Columbia University, and many other prestigious institutions also struggle to provide sufficient resources.

Nicholas Freudenberg, a distinguished professor at the City University of New York’s Graduate School of Public Health and Health Policy, told Quartz the trends that led to this disinvestment in public health—in academia and outside—are decades old.

First of all, he said, the business sector has acquired enormous influence on the allocation of resources at universities. Private universities—as well as the legislators in charge of funding the public ones—are looking to invest in disciplines that they believe will lead to financial growth, such as technology, rather than wellbeing, such as public health. Further, as educational institutions struggle with funding, universities tend to prioritize infrastructure or services over research in order to attract full-paying students.

“The reasons universities are not interested in us is our alumni aren’t going to be rich,” Gregg Gonsalves, a public health scholar at Yale who was awarded a MacArthur grant in 2018 for his work on global health inequalities, told Quartz. 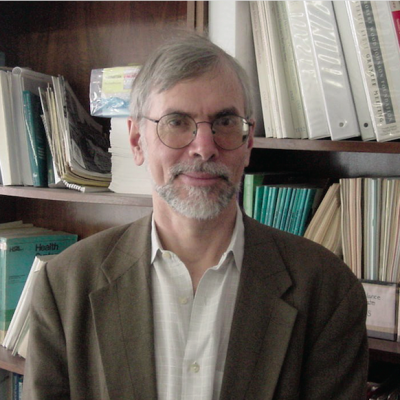 Public health graduates aren’t likely to achieve the kind of wealth that allows for hefty donations to alma maters. This raises another problem for public health practices, Freudenberg said: The preference for full-paying students—especially in schools such as public health, which struggle to get private funding—tends to leave out those who come from minority or underprivileged communities. Yet these are the communities on which public health focuses, and studies have shown stronger progress toward the wellbeing of communities when the people who belong to them are the ones designing and implementing health programs.

Outside the ivory tower

According to the Trust for America’s Health, a non-partisan organization and policy research institution that focuses on public health and illness prevention, as opposed to treatment, there’s been a consistent reduction in investment toward public health in recent years—at local, state, and federal level (pdf, p. 24), regardless of the political party in power. The cuts in public health investment started in 2002, and now public health funding accounts for a minuscule fraction (about 3%) of America’s total investment in health.

“We have a strong belief we can address our health by investing into health infrastructures, rather than in the basic conditions of health,” Freudenberg said. This, he says, leads to over-investment in medical care, which is only a small part of having a healthy country.

“We spend more and more in medical systems, and less and less in public health,” Gonsalves said.

“What drives the healthcare system in this country is profit,” Freudenberg said. “The decisions that are driven by revenue are fundamentally different from those driven by a public system that keeps people healthy.”

It is, in other words, the money. Unlike medical care, public health is harder to be turned into a profitable industry—on the contrary, effective public health programs can be detrimental to the for-profit healthcare industry because they reduce the need for intervention.

“When public health succeeds, nobody sees it,” Gonsalves says.