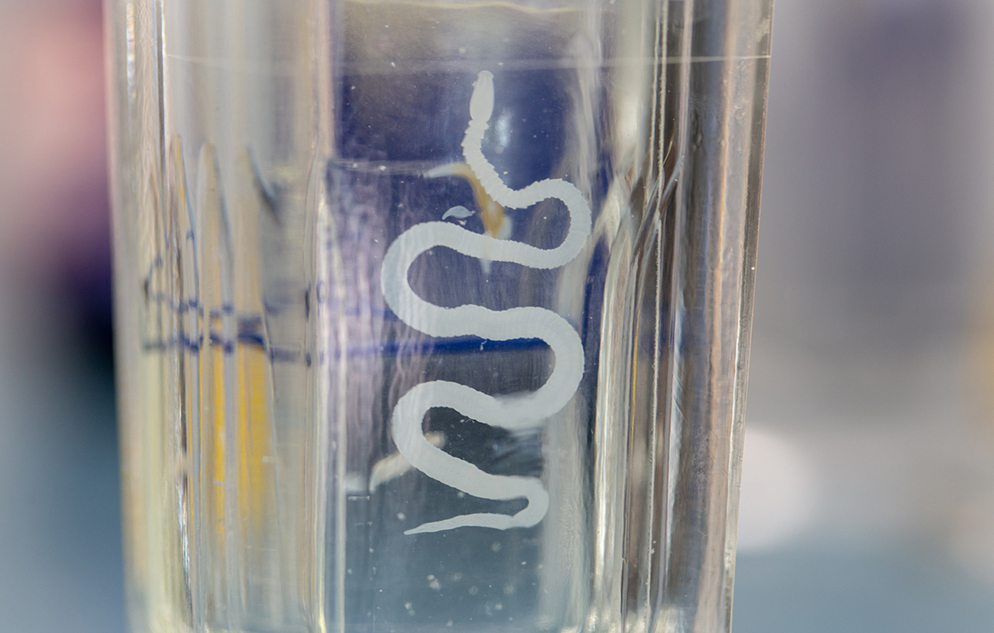 The Infectious Disease Society of America/American Society of Tropical Medicine and Hygiene recently developed new guidelines for the diagnosis and treatment of neurocysticercosis (NC), caused by infection with Taenia solium, a tapeworm found in pork. But CUNY SPH researchers say some of the recommendations are based on poor or limited evidence.

Dr. Elizabeth Kelvin, Associate Professor at CUNY SPH, and DPH candidate Matthew Romo coauthored a paper weighing the strengths and weakness of the proposed guidelines. The report was published in the Expert Review of Neurotherapeutics.

NC occurs when humans are infected with the larval stage of the tapeworm in the brain, where a cyst forms around the parasite and causes a variety of neurologic symptoms, including seizures. The disease is associated with poor sanitation and is highly endemic in Sub-Saharan Africa, Latin America and Asia while, the researchers note, the diagnostic criteria in question were developed specifically for the US and Canada.

“Developing guidelines specifically for two countries that see only a small fraction of all NC cases seems like a large missed opportunity,” the researchers wrote.

The guidelines strongly recommend combination treatment with two anthelminthic (antiparasitic) drugs for patients with two or more active cysts on the basis of one clinical trial that was stopped early. Stopping a trial early is controversial because large random fluctuations of the estimated treatment effect can occur, particularly early on in the progress of a trial. Furthermore, trials that are stopped early because a benefit has been detected tend to overestimate the true impact of the intervention, especially when the number of outcome events is not large, as was the case in this study. They recommend surgical removal of cysts in the fourth ventricle of the brain and long-term treatment with anthelminthic drugs and steroids for NC occurring in the fluid-filled space around the brain, despite their own admission that there is little evidence to support these recommendations.

The CUNY researchers suggest that clinicians approach some of the recommendations in the new guidelines with caution and call for the establishment of gold-standard guidelines that can be used and adapted for the diagnosis and treatment of patients with NC worldwide.

“The lack of research on neurocysticercosis has forced clinicians to make diagnosis and treatment decisions without adequate empirical evidence to support them,” Kelvin says. “We hope our review will encourage more research into the areas where evidence is lacking.”