Dr. Ayman A.E. El-Mohandes, an internationally recognized leader in the field of public health, has been named Dean of the CUNY School of Public Health, effective September 2, 2013. His appointment was recommended by Chancellor Matthew Goldstein after a national search and was approved unanimously by the Executive Committee of The Board of Trustees on May 22, 2013. 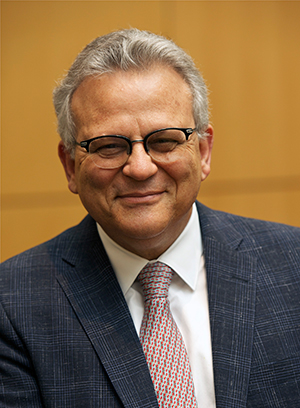 Dr. El-Mohandes is a pediatrician, epidemiologist, and academician with a deep commitment to public service. He has served as Dean of the College of Public Health at the University of Nebraska Medical Center since 2009. He has also been professor of epidemiology at the College of Public Health, and professor of pediatrics and of obstetrics/gynecology at the College of Medicine, University of Nebraska Medical Center. He played a central role in supporting public health practice in the state of Nebraska, in collaboration with the local departments of health.

Dr. El-Mohandes is an established researcher in the field of infant mortality reduction in minority populations, supported by the NIH between 1994 and 2009 to conduct community-based interventions with pregnant women and new mothers in underserved communities. He has more than 100 citations published in the peer-reviewed literature, including published works on infant mortality in African-Americans and American Indians and Alaska Natives, preterm births, and the environmental effects of tobacco smoke on pregnancy outcomes.

Chancellor Goldstein stated: “Dr. El-Mohandes is a leader in the public health field, including collaborative efforts to reduce infant mortality and increase maternal and child health in the U.S. and abroad. He has also demonstrated a long-term commitment to work with the public health practice community and to provide access to non-traditional learners and students from under-represented communities.”

During Dr. El-Mohandes’ tenure at UNMC, the College of Public Health received its first accreditation, the faculty doubled, the student body grew tenfold, and the research portfolio increased from $5 million to exceed $15 million in annual expenditures. Under his leadership, several new concentrations in the master of public health program were developed, including Community-Oriented Primary Care; Health Policy; Maternal and Child Health; Public Health Practice; and Social Marketing and Health Communication. Additionally, new doctoral programs in Biostatistics and Epidemiology, and dual-degree programs including the JD/MPH, MBA/MPH, MPAS/MPH, MSW/MPH, PharmD/MPH were developed.

Dr. El-Mohandes was one of the founding faculty of the George Washington University School of Public Health and Health Services. From 2002-2009 he was chair of the department of prevention and community health of the GWU School of Public Health and Health Services. He was associate dean for research from 1999-2001, and was also attending neonatologist at George Washington University Hospital from 1985-2009. Dr. El-Mohandes founded and served as director of the maternal and child health concentration in the master of public health program at GWU from 1993-1996. His teaching has included basic and advanced courses in maternal child health, including in-utero growth retardation, perinatal statistics, school-age child health, and childhood injuries. He has lectured on maternal and child focus in public health, epidemiological benchmarks and public health interventions in maternal and child health.

Dr. El-Mohandes has served as a senior consultant to John Snow International between 1995 and 2011 on multiple global health programs, funded by the U.S. Agency for International Development (USAID). These projects included the Healthy Mother Healthy Child program in Egypt, to upgrade obstetric and neonatal services in the districts with the highest infant mortality, as well as a health services program in Indonesia, to reform and upgrade services to pregnant women, infants and children. He played a leading role in designing research projects to monitor the quality of services in perinatal and neonatal departments in district hospitals in Western Java, as well as a prospective and retrospective hospital-based study of biological and socio-demographic risk factors of hospitalized pregnant women and their infants.

In 1998, Dr. El-Mohandes established a new distance education certificate in community oriented primary care in collaboration with the Hadassah School of Public Health, Hebrew University, in Jerusalem, which was attended by international students. The following year he organized and implemented the first workshop on “Basic Neonatal Care” in Egypt, funded by USAID and conducted in Cairo and Luxor, which was attended by 85 neonatologists. Dr. El-Mohandes also supervised community-based physicians in South Africa via distance learning methods towards completion of their field projects in community oriented primary care.

As director of the maternal and child heath track in the MPH program at George Washington University from 1993 – 1996 he established the curriculum and developed syllabi for introductory and advanced courses; recruited faculty for the reproductive health, women’s health and adolescent health courses; and integrated the curriculum to meet the program’s missions and goals. He also played a key role in curriculum development for a new track in Global Health as part of the MPH program. In addition, he participated in the GWU/Egypt Advanced Program in Child Survival, sponsored by USAID, for senior and mid-level officials from the Egyptian Ministry of Public Health concerning perinatal epidemiology, outcomes evaluation and technology transfer in health care.

The CUNY School of Public Health, which is located in Harlem, is the only public institution of its kind in the New York region and the only one in the nation to focus on urban public health. The School conducts research and creates new models of public health education and practice to solve urban health problems.